Why the Hobby Lobby Ruling Should Worry Us All

I blogged about the Hobby Lobby case while it was being heard in the US Supreme Court. Back then, I was annoyed that it had even got that far, but I had faith. Faith in a Constitution which guaranteed the separation of church and state, and faith in the nine Justices who almost a year ago to the day handed down two massive human rights rulings concerning Prop8 and DOMA. It was utterly ludicrous for a company to claim any sort of religious right, and even crazier to think that right would supersede the medical needs of its employees. Yet that is exactly what SCOTUS just ruled.

Now SCOTUS is at pains to point out that this is a very narrow ruling, specific only to small, closely-held companies, and only as regards abortifacients. Yet SCOTUS only hears a handful of cases a year, and what the court creates are precedents. They have created a precedent, with this ruling, which states that (a) for-profit corporations can hold religious beliefs, and (b) they can impose those beliefs upon their employees.

That precedent should make all of us very, very nervous.

Whenever ‘religious freedom’ is discussed in American legislature, it seems to be in relation to a very specific version of anti-gay, pro-life Christianity. Yet when the door is opened for religious freedom, it must be opened for all religions equally. So what’s to stop another company from refusing coverage for blood transfusions, organ donations, vaccinations, food poisoning or allergic reactions from consuming pork or beef or shellfish? These are all things mandated against by major world religions. What, for that matter, if a company decided to impose Sharia law upon its employees? Where does the madness end?

And if you don’t believe this law has any further implications, then why are wingnuts like Matt Barber and Tony Perkins already celebrating the ruling, and doing so with reference to anti-LGBT discrimination? Last time I checked, the smallest demographic affected by this ruling was LGBT folk, the majority of whom (but not all, I hasten to add) have no use for female contraceptives. Yet immediately, within minutes of the ruling, they’re talking of applying it to a much broader spectrum.

I won’t pretend this ruling hasn’t made me very, very angry. I am heartsick with disappointment in the Supreme Court, and I am fearful for the future. I might not be American, but I know and care about enough Americans that this affects me in a very real way. I’m also angry that a nation so advanced in so many ways can be so utterly backward.

Today the Court made clear it does not view Americans’ access to medically necessary health care as a compelling government interest, and announced loud and clear that the religious preferences of employers take preference over the health needs of workers. — The Center for Inquiry

Instead of protecting religious liberty, this ruling gives license for businesses to use their personal beliefs as a reason to deny people access to basic, yet crucial medical services. — Human Rights Campaign

This is not about women, contraception, or abortion. It’s about who gets to decide what is best for you, your health, and your body. If you went to hospital and were refused the treatment because one of the staff had some personal objection to it, you would be rightly furious. Yet SCOTUS just ruled that women have no right to control if and when they want to start a family. Never mind that pregnancy and childbirth are the direct cause of the death of hundreds of thousands of women every single year — including in the developed world. There are 800 maternal deaths in America every year, and that number is rising, not falling (18.5 mothers per 100,000 births in 2013, versus 7.2 in 1987. For comparative purposes, that’s more than double the number of maternal deaths in Saudi Arabia, and three times those in the UK).

Then there’s the financial burden of raising children — it is estimated it will cost just over $241,000 to raise a child born in 2012 up to the age of 17. Just hope he doesn’t go to college! And that’s not to mention the costs of the pregnancy itself, calculated in time taken off work, and the very real chance women run of losing their jobs as a result.

Let’s speak frankly. The people immediately affected by this ruling are, for the most part, low-paid employees working in shops. They’re not the sort of people who can afford $700 or more a month for birth control out of their own pockets. They relied on their medical coverage to provide for their medical needs — naively, as it turns out. An unplanned pregnancy when you’re working a low-income job with little security is a devastating challenge to face. What is going to be the end result of this ruling? These good, “Christian” (I use the word loosely) people might be slapping themselves on the back and thinking of all the precious babies they’ve saved, but at what cost? As a direct result of this ruling, there will be children born who weren’t wanted, whose parents cannot afford to care for them, and as a result I guarantee child abuse/neglect figures will rise, as will claims for welfare support. Assuming none of these desperate people turn to backstreet abortionists for help.

There is a world of difference between being pro-birth and pro-life. If you insist on conception and birth at any cost, then you bear a moral responsibility to consider the welfare of the human beings you mandated were born.

People say giving unwanted children up for adoption is the best solution. It isn’t. Over 7,000 children were adopted in the US in 2012, but there are over 397,000 waiting in temporary homes. A third of those children spend at least three years in foster care before being adopted. Many of them never will be.  Why would anyone want to add to those numbers? Who would want that life for a child? And let’s not forget the cost to the state of caring for and housing those kids, a significant proportion of whom emerge from the system so damaged they never become functional adults.

I’m not bashing people who surrender their children for adoption, or indeed the children who have been through the system. But when it’s already stretched beyond breaking point, why are people suggesting it as a considered alternative to not getting pregnant in the first place? You can’t say life is sacred one minute, then refuse to support it the next.

And there’s the solution SCOTUS has come up with. Private, for-profit companies can reap tax benefits by providing healthcare for their employees, then refuse to carry the minimum healthcare required to receive those benefits, still get them, and the government will pick up the slack. Once again, ordinary Americans are bailing out corporations who refuse to provide their employees with basic entitlements. Hobby Lobby, this self-presented small, family run company has 13,000 employees, an annual turnover of $3.3 billion, and its founder, David Green, has a personal worth of $5.1 billion. Yet because of his ‘sincerely held’ religious beliefs, every single American tax payer is helping to pay his staff. Stinks, doesn’t it?

How utterly depressing and terrifying at the same time.

Sorry, I couldn’t be cheerful today. This ruling absolutely stunned me.

I was a social worker for 10 years. I did child Protective Services for 3 years and Level II/III facility work for 7 years. I have seen the very real consequences of parent(s) dealing with unwanted children or trying to cope without any resources. The suffering these children go through (both mental and physical) often broke my heart but I discovered just how commonplace it was in our ‘Christian’ society. That’s why I find the so-called ‘pro-life’ arguments to be so disingenuous as the policies and politicians they support bring such pain and suffering to children. If they truly cared about ending the need for abortion they would demand that evidence-based sex education be taught starting in middle school and that birth control was accessible for those who need it at no or little cost. They would happily pay taxes to support a strong social safety net to aid those who decided to have children so they wouldn’t be trapped in the cycle of poverty like previous generations. Until they start advocating such real world solutions they are simply religious terrorists subverting the Constitution and the vital wall of separation between religion and our government that gives freedom of conscience to every citizen.

OMG, this. Thanks for commenting!

[…] and damning articles on the subject over the last few days. Best selling author Kate Aaron has written an insightful essay into why we all should be worried about what this Supreme Court ruling means. She says what I’ve been saying about the […] 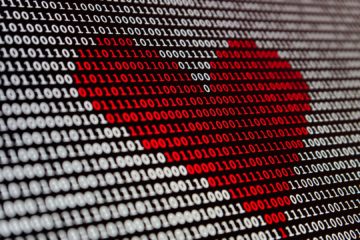 Protecting Your Assets in the Digital Age

I had to get the battery in my Macbook replaced recently. It had been on the blink and flashing a “replace soon” warning for at least six months, it was at 1500-odd cycles, and my Read more… 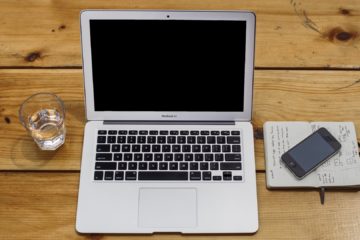 The Best Research and Productivity Tools for Authors 2020

I’ve been pretty quiet on the writing front recently, as least as far as books are concerned. I am still plugging away, but the gig economy keeps me too busy most days to get much Read more… 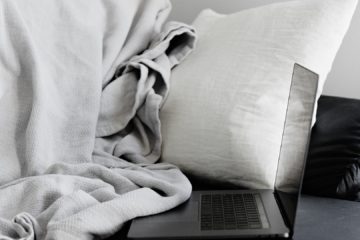 How to Work from Home and Get Stuff Done

Yeah, the world is ending, but before it does many more people are finding themselves working from home for the first time. If you’ve never worked from home before, you’ve probably got half an idea Read more…