Lying to get Laid

An interesting case came up for sentencing today in Scotland. Chris Wilson was sentenced to three years’ probation and 240 hours community service for the crime of “obtaining sexual intimacy by fraud”. His fraud? Not telling his girlfriend that he was trans.

Such a ruling has vast – and terrifying – implications. Firstly, that crime. Who knew? Last time I checked, lying to get into someone’s pants was a pretty regular occurrence. People claim they’re single when they’re not; that they’re rich or successful or otherwise rewrite their personal history to get laid. When was the last time you bared every grubby fact of your personal history to a potential new partner?

If you decline to mention that you’ve got three kids from a previous relationship; or you’ve done time in jail; or your car insurance has expired, are you guilty of fraud if your intended wouldn’t date you as a consequence? Does not bringing these things up still count as lying? Are you guilty by omission?

As far as I knew, there was no legal recourse for a partner lying to you. That’s usually chalked up under ‘you’ll know better next time.’ Infidelity might be grounds for you severing a lawful commitment to that person (i.e. a marriage) if you so choose, but it doesn’t put the faithless spouse in jail, nor on the sex offenders’ register. It would be ludicrous to imagine it would (as much as some spurned lovers might wish it were the case!).

Moreover, Chris Wilson didn’t lie. He represented himself as a man because he is a man. To him that wasn’t a lie, it was the truth. Which is where these grounds get decidedly sticky.

Wilson wasn’t squeaky clean. He lied about his age, claiming he was 16 when he was really 22. His girlfriend also said she was 16 when she was really 15. They both lied but the upshot was a 22 year old sleeping with a 15 year old. In that respect, Wilson did break the law. However it wasn’t that he was charged with (because the police couldn’t be sure of a conviction, perhaps?). The charge of ‘obtaining sexual intimacy by fraud’ went untested because Wilson pleaded guilty to it. How I wish he hadn’t! This case has now set a dangerous precedent when it comes to how open new partners are with each other about their past.

It’s a point I’ve made before, but it’s worth coming back to, that trans people don’t want to ‘come out’ as trans in the same way gay people do. Their identity is not trans but rather male/female. A transman is a man. And no, you don’t need to undergo a series of hormone treatments and/or operations for that to be true. Something, sadly, the media seem to have forgotten. Almost every outlet described Wilson as a “woman posing as a boy.” However the judge himself, Lord Bannatyne, recognised this wasn’t true, as he noted in his sentencing summary:

I have accepted that you genuinely feel that you are male rather than female…I believe this obviously significantly reduces your culpability.

Wilson wasn’t seeking to engage in a deliberate deception, but was living his life in a way that was true to him.

I understand the reasons why Wilson pleaded guilty – I’m sure he was advised to do so by his counsel to avoid any additional charges being pressed – but I’d have loved to have seen this case come to trial so the ludicrosity (and obscene double-standards and inherent transphobia) of this so-called ‘crime’ could be exposed and nipped in the bud.

The application of law here was at best nonsensical. If Wilson lied to obtain sexual intimacy by not disclosing his gendered history, didn’t he also commit fraud by lying about his age? Moreover, didn’t his so-called victim? (And yes, I know in instances of statutory rape ignorance is no excuse.) As a legal case this had more holes than the kind of Swiss cheese favoured by Tom & Jerry.

All of us, I’m sure, will at some point suffer the misfortune of picking a partner who was less than forthcoming about their background. We might suffer broken hearts, financial hardship; they might leave us with baggage we’ll have to carry for the rest of our lives. That does not a criminal trial make. If every wronged lover went to the police our legal systems would deal with nothing else. If the CPS wanted to prosecute this case – and they had grounds – then they should have fought the real battle, the statutory rape claim. Falling back on transphobia to secure an ‘easy’ conviction should not have been the way they chose to resolve this.

What this case did was define trans people as liars in the eyes of the law. That’s the scariest thing of all.

That’s upsetting. It was probably better for him to take the probation and community service to keep from facing jail time.

What’s the age of consent in Scotland? (I *think* it’s 16, but I’m in the US where it’s 18.) Could he have turned it on her and gotten her charged with fraud for lying about her age?

It’s 16. He could have plead guilty to that, or alternatively taken it to court under an ignorance defence (although in the eyes of the law that is no defence) and fought it out. Chances are the CPS offered a deal because there was enough gray in the statutory rape claim for him to have got away with it (her mother, FWIW, knew about the relationship, so technically colluded with the daughter in the deception. It was, of course, the mother who frogmarched the daughter to the police when they discovered Chris was biologically female. Because your fifteen year old can have sex, but not gay sex…) 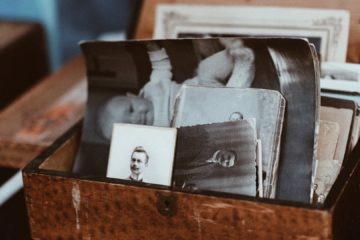 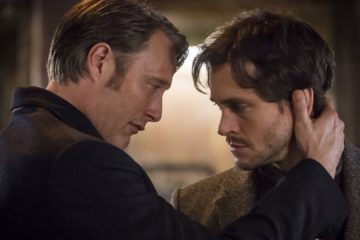 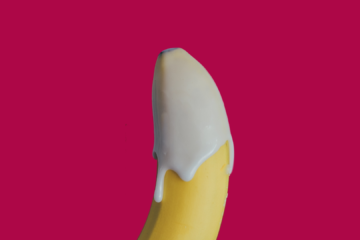 I write gay romance. By which I mean, I write love stories. Boy meets boy (or occasionally, boys), there’s lots of angsty goodness, then they all live happily ever after. Sometimes there’s sex, but sometimes Read more…